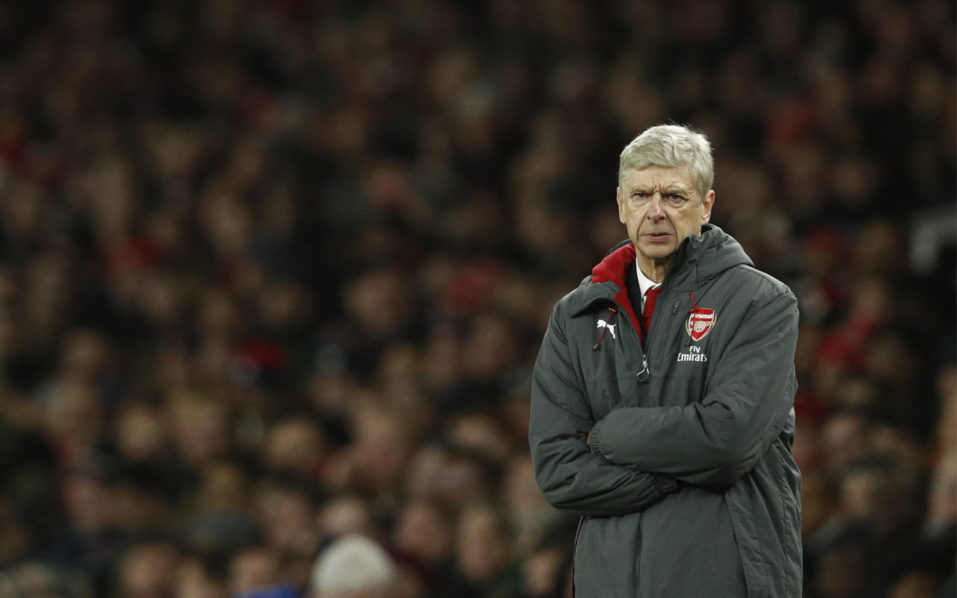 Wenger has been charged by the Football Association for his furious protests following a penalty given for handball by Arsenal’s Calum Chambers in Sunday’s draw at West Bromwich Albion.

But the Arsenal boss was in angry mood again following Taylor’s decision to award a second half spot-kick for Hector Bellerin’s foul on Eden Hazard.

Hazard scored the penalty to cancel out Jack Wilshere’s opener and, after Marcos Alonso put Chelsea in front, Arsenal needed a last-gasp Bellerin equaliser to escape with a point.

“It was a remarkable game. Once again we got a very bad decision against us,” Wenger said.

“We have to account in our preparation for that’s what we have to face.

“You see good football. Unfortunately you see as well bad decisions. It gets me frustrated and upset.

“You look at matters that influence the game. If it’s a penalty against us tonight it’s at least two for us.

“It’s all opinions. But when your opinions go the same way, what is repeated is not coincidence.”

Wenger also confirmed he would contest the FA charge, saying: “100 per cent. You can listen to every interview and I stick to everything I said without any problem.

Chelsea manager Antonio Conte admitted he was frustrated the champions were forced to settle for a draw after creating so many chances.

“I think it is a pity because when you have so many chances to score you must win the game,” he said.

“Instead we are talking about a draw against a good team, but in this game we deserved to win as we created a lot of chances.

“We must be disappointed, we had a great chance to win, but we must accept the final result.”