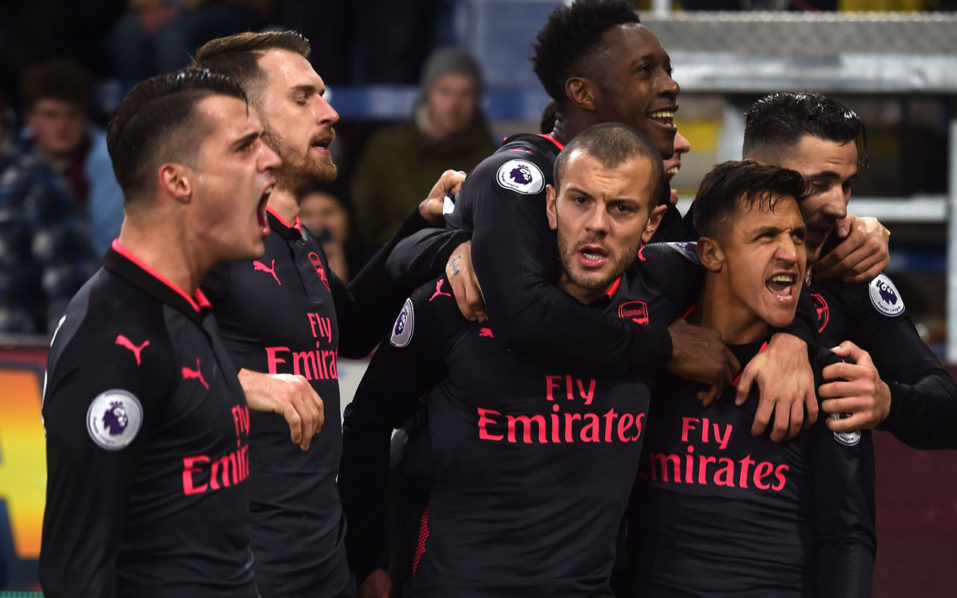 Arsene Wenger has refused to give up on the Premier League title despite a goalless draw at West Ham United that left Arsenal 19 points adrift of leaders Manchester City.

Arsenal are seventh, below Burnley, having added just two points in three games after a 3-1 defeat at home to Manchester United and a 1-1 draw at Southampton before Wednesday’s stalemate.

The manager of third-placed Chelsea Antonio Conte and his counterpart at fourth-placed Tottenham, Mauricio Pochettino, have both conceded City will be impossible to overtake, but Wenger says he will not abandon hope of a first Arsenal title since 2004.

“That’s good to make headlines, but we have to focus on the next game,” the Arsenal manager said.

“City are too far away to talk about the title at the moment, but it’s one thing to be far away, it’s another thing to give up.

Arsenal are only one point off fourth place but did not look like a side going places despite enjoying the majority of possession against West Ham. Wenger was confident his side would not finish the season in seventh.

– Advantage Adrian –
“The table is the table, but it is not a definitive one today,” he said. “Let’s see after Christmas and January. There is a long way to go until May.

“Our performances are not reflected by the results. Against Manchester United we had 33 shots, but we didn’t win.

“Southampton was similar to tonight. There is a difference in what we create to what we score, but it will not last.”

West Ham beat champions Chelsea 1-0 on Saturday to give David Moyes a first victory as manager and the Scot said he would certainly have taken four points prior to the two London derbies.

The Hammers remain in the relegation places, but appear to be moving in the right direction.

Substitute Javier Hernandez almost won it for West Ham late on with a shot that hit the bar and bounced short of the line and Moyes credited Arsenal goalkeeper Petr Cech with a vital touch.

“If you hang in and stick with it you can get yourself opportunities and we got one right at the end,” he said.

“I thought it had gone in, but the goalkeeper saved it. Four points against Chelsea and Arsenal, we have got that. We have done a pretty good job against these two teams.”

Adrian has taken over in goal from England goalkeeper Joe Hart after the latter was unable to play against his parent team City three games ago.

The Spaniard put in a good performance in a 2-1 defeat at the Etihad Stadium and has followed that up with two clean sheets against top-quality opposition.

“At this moment in time Adrian has got the shirt,” Moyes said. “He played well.”