Chelsea’s shock defeat against Crystal Palace breathed new life into the title race as Tottenham closed the gap on the leaders. Arsenal and Manchester City played out a thrilling draw and Liverpool won the Merseyside derby.

Here are five things we learned in the Premier League this weekend:

Chelsea rocked by Palace
When Cesc Fabregas put Chelsea ahead after just five minutes of Saturday’s London derby with Crystal Palace, it looked like the leaders’ march to the title was about to clear another hurdle. Antonio Conte’s side had won their past 10 league games at Stamford Bridge and had not lost there in any competition since September 16. But Palace have been resurgent in recent weeks and they breathed new life into the title race with two quickfire strikes. First Ivory Coast winger Wilfried Zaha fired home in the ninth minute, then Christian Benteke netted with a deft finish 91 seconds later.

Chelsea were stunned and despite 24 shots at goal, their second-highest total in 29 league games this season, they were unable to find an equaliser. Chances came and went as Palace goalkeeper Wayne Hennessey made 11 saves, leaving Chelsea frustrated as their first defeat in nine league games allowed Tottenham to close within seven points. Game on.

Spurs back in the hunt
As news filtered through to Turf Moor of Chelsea’s shock defeat against Crystal Palace, the realisation quickly sank in with Tottenham’s players and fans — the title race is back on. A 2-0 victory over Burnley, usually so formidable at home, was already reason enough for optimism in the Spurs camp, but Chelsea’s slip was the icing on the cake. Second half goals from England international Eric Dier and South Korea forward Son Heung-Min moved Spurs to within seven points of Chelsea with nine games remaining and even the injuries suffered by Harry Winks and Victor Wanyama couldn’t quash the north Londoners’ glee as they headed home dreaming of an incredible title triumph. 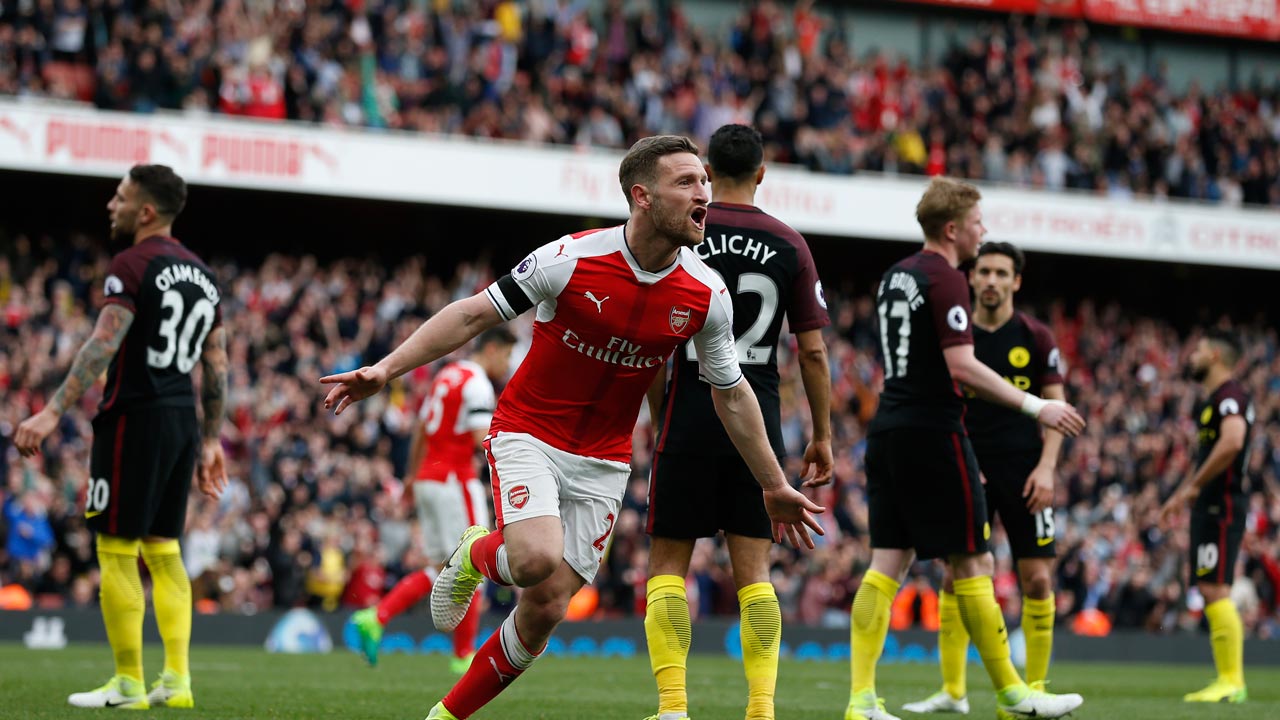 After a dismal sequence of four defeats in five games, during which dissent towards manager Arsene Wenger reached a crescendo, the last thing Arsenal needed was to fall behind after just five minutes of their home game with Manchester City. Theo Walcott equalised, only for Sergio Aguero to restore City’s lead just 131 seconds later. But Arsenal dug deep to level again courtesy of Shkodran Mustafi’s header and while neither side could find a winner, Wenger’s men at least managed to stop the rot. The Arsenal manager’s future remains the subject of intense speculation, but in the short term, he said the performance against City would help “rebuild confidence”. 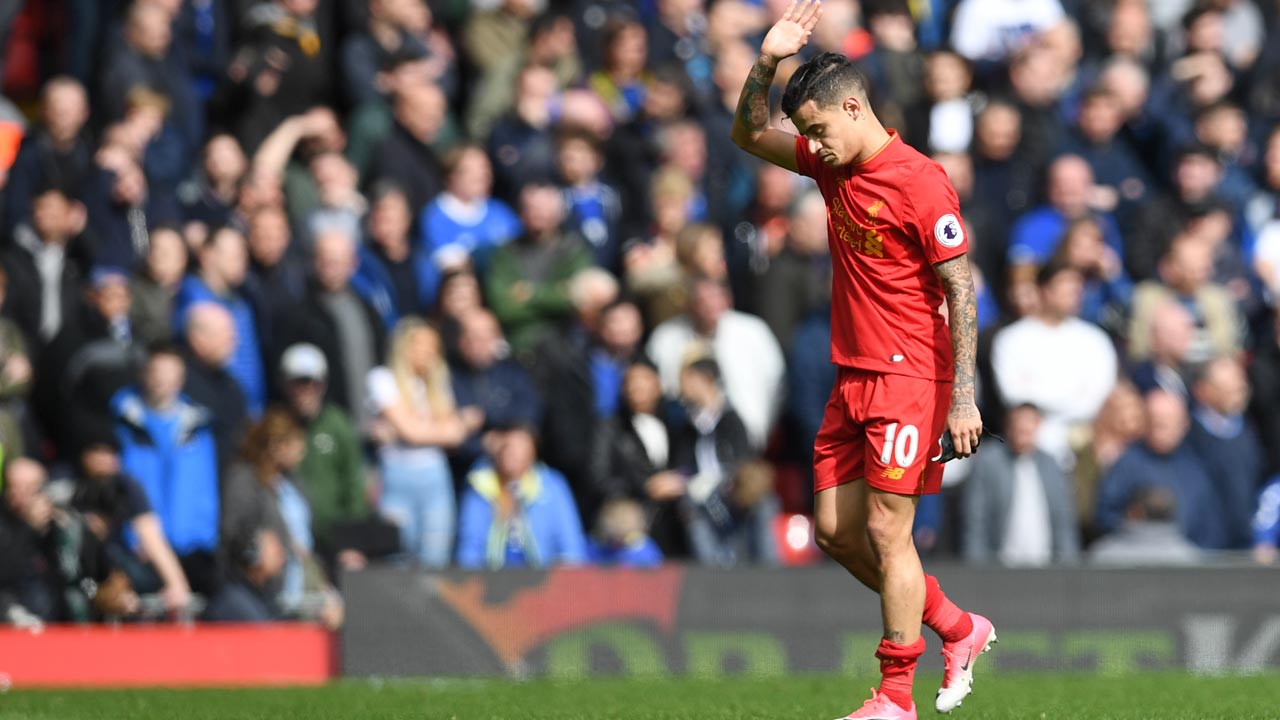 Coutinho left Barkley in the shade
It was a tale of two playmakers in Liverpool’s 3-1 victory over Everton in the Merseyside derby. Liverpool’s number 10, Philippe Coutinho, ran the show, restoring Liverpool’s lead with a brilliant solo goal after Matthew Pennington had cancelled out Sadio Mane’s opener and setting up Divock Origi for Liverpool’s third. But his opposite number, England international Ross Barkley, had a torrid afternoon. The 23-year-old seemed incapable of influencing proceedings and his display was chiefly memorable for two wild challenges on Emre Can and Dejan Lovren in the first half. The second — a crude, studs-up foul that caught Lovren on the shin — should have yielded more than a yellow card. While Barkley’s ability is clear, he remains some way short of the finished article.

Home draws have hurt Man United
Manchester United’s 0-0 draw at home to West Bromwich Albion extended their unbeaten run to 19 matches, but nobody was celebrating at Old Trafford. United have now drawn eight times in front of their own fans this season. Had they won even half of those games, they would be in the thick of the Champions League picture, instead of five points adrift of the top four (albeit with a game in hand). Top scorer Zlatan Ibrahimovic’s absence through suspension was clearly a contributing factor against West Brom. But the Swede was on the pitch when United dropped points at home to Stoke City, Burnley, Arsenal, West Ham United, Liverpool, Hull City and Bournemouth. United’s attacking problems run deeper.