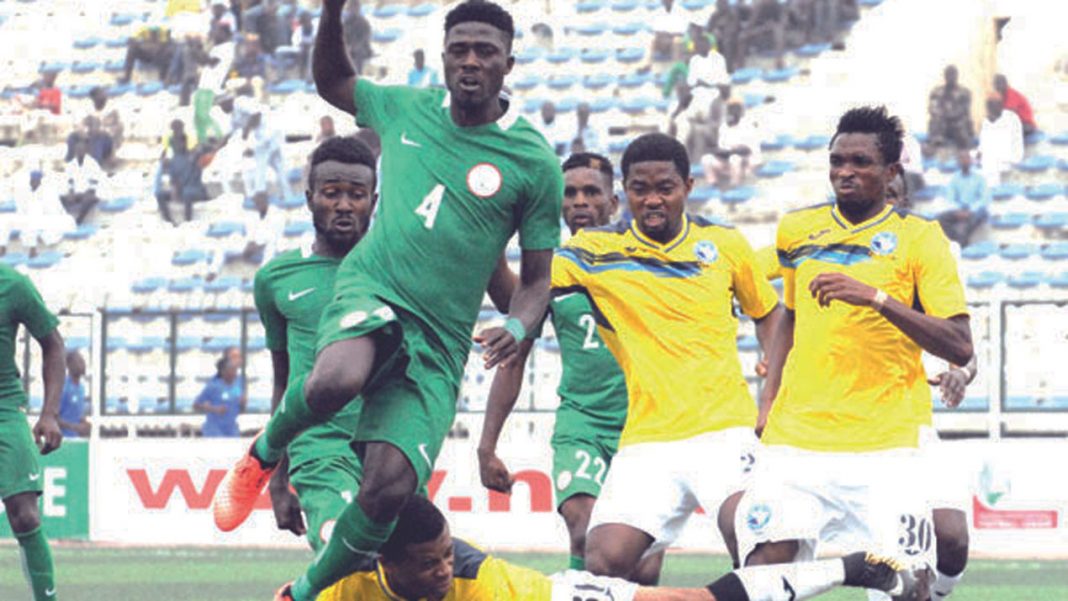 The Super Eagles B team have moved camp to Abuja for the next phase of preparations for the forthcoming 2018 African Nations Championship (CHAN) scheduled to kick off in Morocco from January 13, 2018.

The first phase of preparations ended in Kano on Sunday with the team emerging victorious at the NPFL Invitational Super Six Tournament after outscoring CAF Champions League representatives, MFM FC of Lagos 3-2 in the final. In earlier matches, they drew 0-0 with League champions, Plateau United and pipped two–time African champions, Enyimba FC 1-0.

Plateau United of Jos, as well as other Nigerian flag-bearers in the continent, Enyimba of Aba and Akwa United of Uyo, alongside the host city’s beloved Kano Pillars took part in the tourney. Immediately after Sunday’s win, Coach Salisu Yusuf told thenff.com that preparations would move into the second phase where some of the lapses seen in the team would be corrected and some fresh players called up.

“I am very impressed with the team. We did not have any elaborate preparation before the Super Six tournament and yet these boys raised their game, improved with every match and won the trophy. I congratulate them but this is the beginning of real hard work for us.

“We will begin the next phase of preparations immediately. We want to also see some new players in certain positions and correct some mistakes we made during some of our games in Kano while strengthening and consolidating on our strong areas.”

The Eagles will be camped at the Bolton White Hotels and Apartments for what promises a more intensive phase of training before they jet out to Morocco in the first week of January.